From the nfs manual page:

The nconnect option can be easily added during nfs mount as the following command.

The following is the 4k sequential write performance comparison by increasing nconnect to 16 over a single 10GbE link. 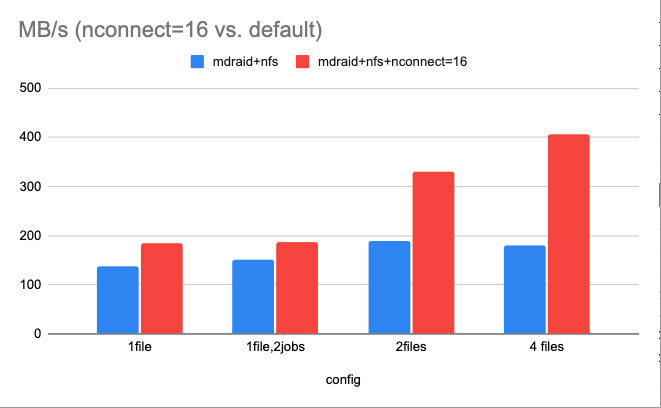